That time those who were engaged in job mostly belonged to government services and had secured pension. The rate of inflation was also not as high as today’s and there was no such demand of consumer goods like todays. Also medical expenses were also quite low, because that time most of the people died at an early age due to lack of proper medical treatment.

After being born and brought up at such environment and family culture, now people have to face two dangerous words – Market Economy and Nuclear Family. And it takes more than 50 years for someone to understand the true meaning of these two words.

I think retirement planning is far more important in any ones life than child education planning or vacation planning or children’s marriage planning. After interacting with a lot of people on this subject, I have encountered some really weird questions. Those who are below the age of 30 or have just crossed it, are extremely reluctant about this subject and are more interested to plan about a new home or  a new car. Their opinion is to think about all these in the upcoming years when their salary will increase.

Generally people are serious about retirement planning when they have crossed the age of 45, but at that time it is too late to think about anything. Suppose a person’s age is 45 and he wants to retire at age 60, his running expenditure is Rs 40,000 per month with a life expectancy of 80 years (assumed). If before retirement average inflation rate is taken as 8% then he has to save Rs 36,500 per month to create a corpus of Rs 1.74 Cr. Which will permit him to live a lifestyle after retirement as he used to live before. At the age of 45, saving such a large sum of money every month is practically impossible for a lot of people.

After failing to do this, people generally start thinking that the entire idea of retirement planning is bogus and goes on to buy a Pension Scheme from some insurance company and keeps himself mentally satisfied that he has got something prepared for him. But soon he realizes that it was again a wrong step that he had taken.

But all of this can be eliminated if one starts thinking about retirement planning from the age of 30 instead of 45. Then the huge sum of monthly savings becomes as small as Rs 10,000 per month.

From above picture one can realize that the time period from the start of your savings to the time of retirement is known as Accumulation Phase or Accumulation Period. This period is very important in ones life, because the longer this period is, the more compounding will take place and larger corpus will get generated. The required amount of savings per month also completely dependent on this period of time.

After the point of retirement, the time period is known as Distribution Phase. In this period, one will just enjoy the inflation adjusted return up to their life expectancy. So in simple words, the one who starts early will enjoy a much safer and secured after-retirement time than the one who starts late. Here procrastination or delaying decision can prove to be very painful in the future.

On the other hand we can also see another picture of our present busy generation. Due to high pressure in their work life, many people take the decision of taking retirement at an early age of around 40 to 45 years. Actually they are completely ignorant of the financial impact of their decision in their future.

Just observe the below picture and try to realize the spirit of the logic.

Just think, how much can one earn and save in this accumulation phase after paying EMI, car loan, incurring running-household-expenditure, children’s school fees, and monthly investment for children’s higher education plan, life insurance and health insurance premium etc.

The amount of savings in this short period of 15 years must to huge enough to compensate a healthy living for a period as long as 35 years. It is quite easy and relaxing to think about this, but is extremely difficult, if not impossible to implement this kind of idea in real life.

Again there are so many people who are eligible to pension scheme and will be getting pension from their employer or organization in their retirement life. But most of them have no such clear idea about how much they will get after retirement as the amount of pension. Is this amount enough to fulfil the requirements of their retirement life?

In this situation most of the people hopelessly hope and exclaim, “I do have my son and won’t he take care of me after my retirement? “ Of course they should as it is a part of their duty. But the hard core reality can be way different than what they think.

In this free market economy everybody is chasing for their success and wants to earn more money. In today’s scenario, one has no permanent address like their parent’s used to have in past. In earlier days, people retired from the same organization from where they started. But now-a-days, things have changed drastically where the no. of organizations changed becomes a criteria for someone to increase their monthly income.

Now-a-days, when a person just starts their carrier they are burdened with the EMIs of home and car loans. In addition to this, the high cost of living also minimizes their savings potentiality. As a result both couple are now engaged in job and have hardly got any time for themselves. They spend most of their income in giving the bills of the restaurants and their servant’s or house-keepers salary.

After absorbing such financial and career pressure, it is very doubtful how many would actually be able to help their parents after the time of their parent’s retirement.

So, what is the remedy for such a big problem? It is advisable to start retirement planning early and review that plan seriously in regular interval of time. Just keep a simple thing in mind, “You are not a product of your circumstances but a product of your decisions”. 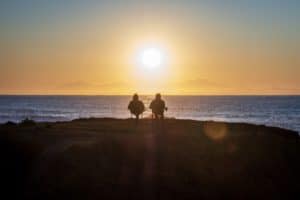 After a hectic day at work, when you hit the bed at night, do you dream The coronavirus pandemic has affected the economy of every country. It has left national economies and 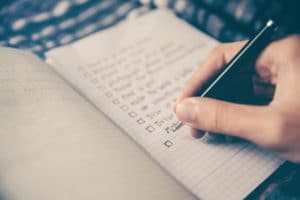 Our phone lines are available from Monday to Friday 10 AM to 6PM and Saturday from 10 AM to 3PM.

Are You Having Any

If you are looking for expert help on your financial problems,
then here’s your chance to book a FREE personal consultation with our expert Wealth Coaches.

This site uses Akismet to reduce spam. Learn how your comment data is processed.